What Do #Selfies Say About The Psychology Of You? 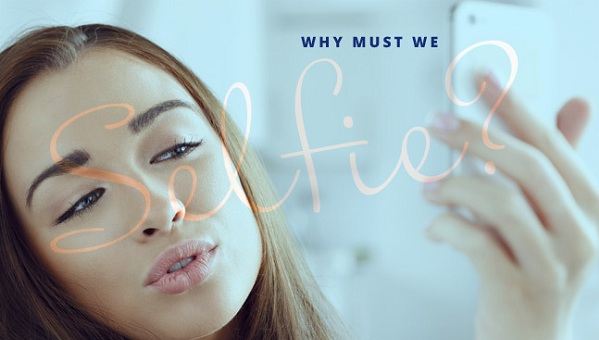 Selfies are popping up everywhere throughout the world of social media, and these days even some of the world’s most popular celebrities are jumping on the bandwagon. While some people love them, others hate them, although they are still as popular as ever. Are selfies just a consequence of the fact that everyone has access to a camera or are they more than that? What exactly do selfies say about the people in front of the camera?

What Are People Thinking?

To understand selfies, people need to understand the motivations behind these pictures, along with the reasons why some of them tend to go viral and others don’t. In a recent interview with a major publication, an editor of a well known website commented that there is a reason why people love selfies of humans and animals interacting. According to the editor, it is because pictures such as these display humankind at its very best. When interacting with animals in this way, humans are portrayed as selfless, kind and even courageous. These themes are common when it comes to pictures of people saving abandoned strays or even raising awareness about welfare issues. People want to believe in the kindness of humankind because they want to believe in their own goodness.

Finding fulfillment is another reason why the selfie has become such a focal point in people’s lives. People take selfies of just about anything and everything they do in their lives and post pictures on social media sites where hundreds of people will see it. Only a couple of decades ago, people with that much exposure would have been considered celebrities. Many people believe that this generation is the one that was brought up on the idea that they are special, that they can achieve anything.

By the time this generation was out of college, it suddenly became clear that this might not be true and so they had to seek notoriety someplace else. The rise of social media was in perfect unison with these desires and so it became a portal though which ordinary people could accomplish the extraordinary with minimal amounts of effort.

What It Really Says About You

Social media sites were created to help people connect with each other, and many people use this excuse as the reasoning behind posting selfies of everything from the new pair of shoes they have purchased to their graduation photos. Why not share these events; after all, this is what social media is for, is it not? The same cannot be said for bad photos, however, since most people will admit that they would never share photos that make them look less than perfect. In fact, if many people had their way, they would hand pick every single picture that was posted to social media sites.

What does this say about what they are trying to achieve with their selfies, and ultimately, their real intentions? It quickly becomes clear that one thing many people are looking for via their selfies is a boost to their self esteem. From a psychological perspective, it quickly becomes clear that individuals are looking for an avenue to fulfill this need and they have found it on their social media page. Every like, share and positive comment is a boost to their confidence, and this works to fuel the desire for more selfies.

While selfies can be viewed in a somewhat negative light, they can also play a very positive role in people’s lives. Selfies help people portray a version of themselves to the world. This is a statement that says “Look at me. This is who I am.” At times, it can be a very powerful statement and inspire people on to great things in their lives, while at other times, it is simply something that helps them get through the day. In real life, people are constantly trying to stand out, whether it is by what they say or the clothes that they wear, and the selfie is no different. It is a statement to the world. It allows people to stand out among the masses.

Being Part of a Group

As much as a selfie can help people stand out, it can also help them prove they are a part of something. There has been a recent trend of “no makeup selfies” calling participants to post pictures of themselves online without makeup as a way to call attention to cancer awareness. While many people got involved as a way to support a good cause, efforts such as these have another positive effect, in that they help people feel like they are a part of something. On an evolutionary level, this is important because being part of a group means safety and comfort. This longing is a completely normal aspect of human behavior and it might point to the reasons behind the popularity of the selfie.

The Millennial generation happened to grow up with the rise of the internet, and it is also this generation that seems to be fueling the selfie trend. Millions of 20-somethings around the world are seeking their purpose and they are doing so online, and the selfie seems to be playing a major role in how they are going about meeting some of their psychological needs. On the outside, it might seem like this generation is narcissistic and self involved, but a close look makes it clear that this isn’t the case at all.

A selfie is an expression of a person’s identity. It is capturing a moment in a person’s life that meant something to them, but it is also a method of finding oneself, of getting to know oneself. A selfie might be no more than a picture of someone with his pet or perhaps even with his lunch, but to the person, it is his mark on a world that often demands too much and gives too little. It is the Millennial generation’s stamp on the earth, proving that they were here and they made a difference, regardless of what form it took.