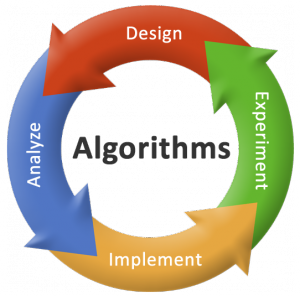 Computer algorithms control many things online – stock trading, ad placement, political campaigns, and even selecting bra sizes. However, more and more these days, behind all of the tech wizardry of algorithms, there is a very old fashioned helper – a real human being.

Algorithms are getting more powerful and precise and very very fast, but computers are extremely literal in their ‘thinking,’ and nuance and contact often is beyond them. Computers are very capable but they cannot easily decipher all of the ambiguity that is so common in the language of human beings, as well as the mystery of our reasoning. However, these days computers are being required to think in a more human way, and the results are not always pretty.

Computers are brilliant in many ways, but on some things, computers can be surprisingly dense.

Programming experts still write computer code telling these algorithms what to do, but more people are being added to make some of the more subtle contributions that are needed as computer work becomes more elaborate by the year. Real people are needed to evaluate, edit and correct the work of many computer algorithms today. Or, people may assemble the online database of knowledge and check and verify them. This basically creates a crib sheet that the computer can use to get a quick answer. Humans are useful in this situation because they can both interpret and modify information that is understandable to both humans and computers.

Some of the new question-answering technologies that are out there, such as IBM’s Watson and Apple’s Siri, rely on a computer algorithm that is supplemented by a real human behind the scenes. Algorithms are great, but they can’t do the work alone.

Twitter has many contract workers around the world to interpret the context and meaning of search terms that suddenly increase on the service.

A good example was when Mitt Romney talked about cutting funds for public broadcasting last year in a presidential debate. When he talked about Big Bird, there was a big surge in tweets with that phrase. But Twitter’s algorithm would not be able to understand that the reference to Big Bird was political and not a reference in most cases to the children’s show Sesame Street. So, with human help, Twitter was able to pop up political related messages when someone did a search for Big Bird. People are able to understand these references better than a computer can.

Human thinking is central to Twitter’s functioning every day, and the same is true for Google too. There while algorithms and engineers rule the day, humans contribute to search results, too. Google is using human helpers now in several ways. First, it now presents a summary of information on the right side of the search page when a person types in the name of a well known place or person.

The summaries draw information from large databases, such as Wikipedia and others. Those databases are all edited by people. When there is a search done for which this sort of information is available, the search engine will grab it and present it to the viewer, and not just provide links to pages.

There are other human helpers at work at Google, too. They are helping Google to develop some tweaks to its algorithm. The engineers work on the algorithm, and human helpers try to see if a change that is being considered really is an improvement.

There is no doubt that algorithms for the leading websites in the world are getting better. But their work cannot be done without the help of a plain old human being.