31 Reasons To Ditch Your TV 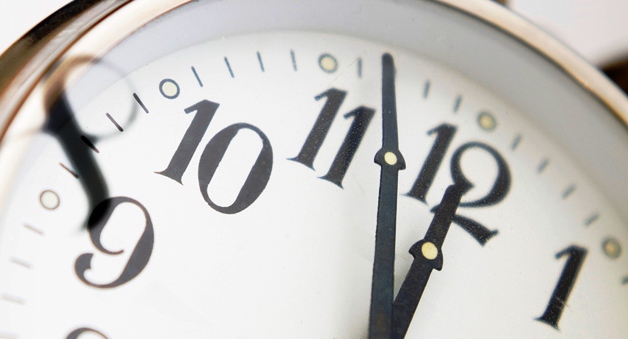 To many people, worldwide television is a way to escape the mundane daily routine of life or to relieve stress by getting lost in a program that has nothing at all to do with what’s real in the world. Although there’s nothing wrong with losing yourself in a little fantasy now and then, turning to books, or watching one feature length movie is much more beneficial for your psychology as a whole. The average American watches thirty-four or more hours of television per week, making it a huge priority in many people’s lives.

Unfortunately, all of this time spent with the television isn’t helping, but rather it is hurting you overall.

If you’re watching television then you’re not out doing other things that you could be getting done instead of sitting around watching a show. Even when you don’t have anything scheduled that you should be working on, utilizing your time reading, writing, seeing friends, spending time with family, or exercising rather than watching a show are all far better uses of your time.

A huge reason many Americans need to put down the remote and step away from the television has to do with the rise in obesity. Sitting and watching television for hours makes it difficult to lose weight. It also urges people to eat in front of the television, which removes focus from food and makes it easier to overeat.

Watching too much television, similar to staring at a computer screen for too long, isn’t good for your eyes, not so much in that it will diminish eyesight, but in that it can give you headaches and strain your eye muscles.

Even if you’re watching TV with a group of friends, you’re not fully engaging yourself in that social situation if your mind is half focused on whether or not your favorite hockey team will score a goal.

Whether you’re watching something funny or something dramatic, every show on the air has some form of negativity nestled under those viewer friendly layers, and this can disrupt the way that you think about other areas of your life.

#6 Changes to Your Beliefs

Watching the amount of racism, small mindedness and general bullying that goes on in the course of a television program can slowly change the way that you view these issues. Even if you’re not a mean spirited person, watching a show that makes obesity funny can change your view on obese people and turn it into a joke.

Similar to your beliefs changing slowly over things that you would normally feel differently about, watching so much injustice, gore, nudity, and negativity can cause you to react far less intensely to real life situations of the same nature.

Watching the princess always get her prince can skew the realism of relationships in the modern world. TV can also make you believe in unrealistic goals and leave you feeling defeated when you realize they are impossible to reach.

#9 Feeling Badly About Yourself

All of this negativity and inability to fulfill the dreams that televisions perfect persona has left you with can make you feel truly inadequate and insecure about who you are and what your life is like.

Aside from the obvious mentions of products within movies and television programs, there are also commercials to consider which sells to you subliminally whether you realize it or not.

#11 Depletion of Self Control

TV has deeply hidden psychological hooks that keep you coming back for more. This is why when you start a new season of a show it can become difficult to turn it off and move onto something else. Even though this program isn’t the real world and you’re missing out on what’s going on around you, it can be so easy and stress free to lose yourself in another world and just say yes to the next episode.

Not only is sitting around on your bum a hazard to your health through weight gain and inactivity, but it can also affect your muscles through lack of use, and it can make you feel weak and drowsy.

Although you might have a few friends who enjoy the same types of programs as you do, if all you do is watch television and talk about what’s on TV, you’ll find yourself being avoided by those people in your life who don’t live by their television set.

Your children are the future, and allowing them to follow your lead into watching hours and hours of television on a daily basis can leave them inadequate to face the real world. It can also promote TV watching as an all day, everyday type of activity,y which could take away from time outside being active.

#15 Not As Relaxing As You Think

Most people set out to watch a few shows after work in the evening because it lets them wind down and relax. Unfortunately, television may help to relax your body, but it doesn’t always relax your mind.

#16 Changing Your Outlook On The World

Watching television shows that employ certain roles can change your perception of those people or jobs. Many people watch FBI crime shows and hospital dramas now, and this can actually cause disillusionment about what to expect when you interact with those people in real life.

Watching too much television can lead to over shopping not just on shopping channels, but also by watching too many advertisements and spending money for channels you may never watch.

If you’re single, you’re not likely to meet somebody who shares any of your real interests if your only interest is watching television.

Watching so much TV can take away from your mental stamina, and leave you weak in thought. This is why so many people have trouble focusing on a conversation if a television is on in the room.

Not only are you spending on advertising products, shopping channel products, and the actual fees for cable or satellite, but you’re also paying for power, hardware, and instillation fees.

#21 It Can Cause Fatigue

Watching too much television can actually make you feel drowsy and tired. This can be seen pretty easily by the number of Americans who fall asleep in front of their televisions sets on a regular basis.

Not only are you going to risk the possibilities of weight gain and poor cardiovascular health due to inactivity, but you’re also facing the possibility of vitamin and nutrient deficiencies by not getting out into the sunlight for your vitamin D.

Watching television can make it easy to forget where you work or what you do, which means that rather than prepping for that meeting tomorrow, you’ve already forgotten it and are enjoying your favorite reality show.

Not only is television stopping single men and women from heading out on the town to meet their match, but it’s also causing other problems in the romance world, like a lack of interest in the bedroom.

Spending quality time in front of the television not only impairs your own physical exercise, but it also changes the exercise that your pets get.

One reason that obesity levels rise for those who spend a lot of time with their televisions is because the choice of food becomes less thought out and more built for convenience. Not to mention the number of advertisements shown online is partially catered to food products and fast food chains that aren’t very good for you.

Americans who watch large quantities of television tend to have messier households than those who don’t indulge.

Watching too much TV can actually make you late for important appointments, dinner dates, business meetings, and work because It can be physically difficult to tear yourself away from a program.

Watching television might seem educational at times, but most of what you see won’t be remembered properly, whereas reading your information from a book or discussing it personally with a friend will have stronger benefits for your memory.

Television has fast become the go-to babysitter of parents everywhere without them even realizing it. Sitting your child in front of a television screen so they fit in with their friends rather than sending them out to play or focusing on them in order to do a craft or play a game isn’t exactly the best parenting tactic, and this will show later in life.

Some TV watchers actually become so obsessed with their favorite programs that they won’t do anything else but watch television until a season of a show has completed.

Kurt Kraiger, Professor of Psychology and Director of the MAIOP Program, joins us today to discuss their Master of A...