10 Ways Psychologists Are Harnessing The Power Of Social Media 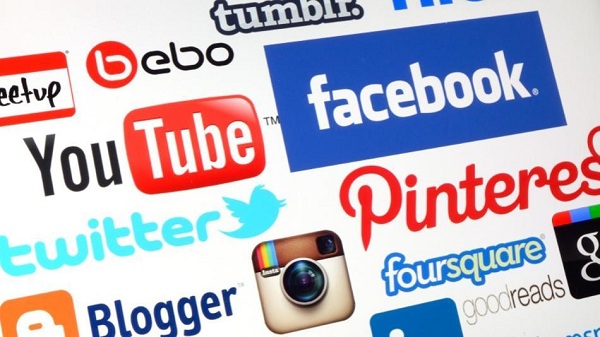 Social media hasn’t just changed the way people interact with each other; it also has had an impact on a wide range of fields, including psychology. The rise of social media allowed professionals within this industry to identify certain possibilities that were not present before this technological revolution, and these range from data collection to the introduction of new theories about human behavior.

1. A Wider Population Base

It is quite common for psychology-based researchers to work with undergraduates when they are conducting research because this is a large pool from which to draw information. While this is something that is both effective and financially viable in institutions across the country, it is also somewhat limiting. Social media is allowing for researchers to expand this population base to master’s and doctorate students, among many others, allowing for a somewhat more varied base from which to draw information.

2. Less Reliance on Self Reports

One of the ways that researchers go about collecting data about psychology students, or any other students for that matter, is to hand out questionnaires and obtain self reports from which the data is drawn. Self reports aren’t always accurate, as most researchers know, because biases and other issues tend to plague them. Social media sites, on the other hand, are allowing psychologists to obtain electronic traces of peoples’ behavior, allowing for more accurate data regarding their behaviors.

Issues about confidentiality and privacy can hamper research and make it difficult for researchers to obtain the information they really need. While many institutions are wary about studies conducted via social media because of the uncertainty of the policies surrounding it, many believe this to be a public domain, so any information shared on it is public property. Whether or not a review board will allow a study to be conducted via social media will depend on the institution through which the study is being completed.

There are applications on social media sites that allow psychologists to download summary data to be studied. This is a variation on the more traditional methods in which data is collected and it allows for the researcher to obtain information based on the summary statistics, not on the networks. Alternatively, users can download their own summaries and send them to the researchers. At this point in time, there are researchers working on applications specific to psychological research to make it easier for them to draw data directly from social media sites.

One of the most appealing facets of social media is that it is an unobtrusive way for psychologists to study the behavior of individuals. A recent study shows that people tend to act more like themselves on social media, rather than as an idealized version of themselves. This makes the data obtained from these sites more accurate that many would believe it to be. It should be noted, however, that certain types of studies, such as experimental research, isn’t very conducive to being conducted via social media.

The invention and introduction of the smartphone is allowing psychologists the chance not only to study behavior through facets such as social media, but to do so in real time. Not only does this allow psychologists to obtain information from their population groups and receive answers within minutes, but it also allows them to collect data about the actions and interactions of individuals and groups at specific points in time.

Following trends, particularly in terms of behaviors, allows psychologists to get a better understanding of human behavior, and social media is helping them identify these. Previously, one of the only ways that psychologists could find out more about trends was to speak to as many people as possible, which was time consuming and not always effective. Social media, on the other hand, gives psychologists a quick overview of developing trends, including the demographics that are most likely to become involved in these trends.

There are currently a variety of groups on social networking sites that are dedicated to studies. These groups allow population samples to sign up to take part in the studies, complete questionnaires and provide the professional with identifying data. Previously, psychologists would have to access certain establishments, such as clinics or even schools in order to have a population pool from which they can draw, but social media sites have brought these groups directly to them. Resources such as these make it easier, and more financially viable, for small and large studies to be conducted via the internet.

Studying the way people connect and interact with each other is a big part of what psychology is all about. Social media has allowed psychologists to study various theories about human interaction. It was found a few decades ago that the more people are familiar with someone else, the more likeable that person becomes. This is the basis on which marketing has been established, but the same can be said about people. Social media sites allow psychologists to see this theory in action.

Theories can be tested with the assistance of social media and this can help psychologists determine whether they have a basis on which to conduct an experiment. It is believed, for instance, that the more options individuals have to choose from, the more difficult it becomes for them to decide. This theory can be tested in numerous ways on social media sites, allowing professionals to study the intricacies behind the theory and investigate the reasoning behind these issues.

Social media is allowing psychologists the chance to study human behavior in a completely new context, and this is both exciting and challenging. As people continue to evolve in the way that they socialize, work and live, psychology needs to do the same and this is exactly what so many professionals within the field are attempting to achieve with this new view on the benefits of social media.